One of the Ingenious Women (published 2003, Sutton UK) I have written about is Clara Louisa Wells. So it was good to see she had acquired a Wikipedia page – even though it has some inaccuracies. However, what is surprising is that the Wikipedia entry has automatically generated a Facebook page for Clara, even though she died in 1925.  The FB status is Author and the short biography does relate to her. The numerous colour images on the page are clearly of people unrelated to her.  So, one wonders what will future historians make of all this, especially if they are not aware of the history of social media. One can only imagine the inaccuracies that might ensue. 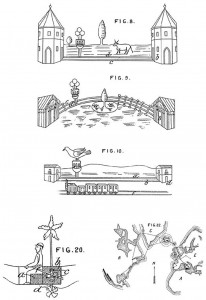 To put the record straight: Clara Louisa Wells was a travel writer, inventor and political activist who was born in Maine, USA in 1839 and was descended from established New England families. In her late 30s she arrived in Europe and spent the rest of her life in Italy and the South of France dying in Gerona, Spain in 1925.  She was a prolific writer of guidebooks (7 published), an inventor of engineering and technology based schemes (11 patents) and a petitioner of governments (2). The detailed guidebooks include: The Alban Hills – Frascati (1878); The Amphitheatres of Ancient Rome (1883); The Arrondissement of Privas in the Department of Ardeche, France (1906), Valence (1906), Grasse (1917) and Puget-Theniers (1922). Her inventions include patents for: Fresh Water from Seawater (1887); Aerial Locomotion (1895, 1909) and Vehicles to Absorb Noxious Gases (1916). She petitioned governments on the eradication of cholera.  She did not set up a Facebook page – future historians beware!

Illustration: One of the 1897 drawings from Clara Louisa Wells’ patent diagram for Exploring Cold and Hot Regions, (Exploring Aerial Locomotion). It shows the raised railway track, that would carry the carriages with balloons and birds on top to provide locomotion. There is a man in a carriage and the route map from Naples north through Europe and across the Atlantic to N America. Patent GB1897/15850